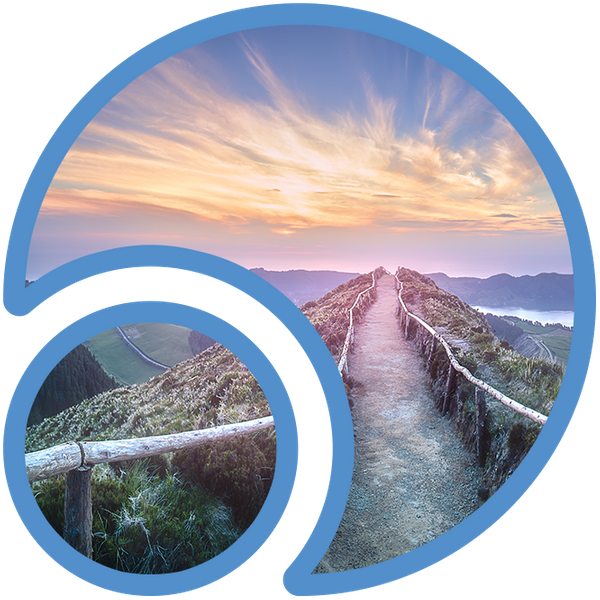 In the 1920’s a remarkable new spiritual teacher surfaced in France. The avant-garde, or cutting edge artists, intellectuals, and business leaders were soon drawn into his circle, for he offered what genuine seekers hungered for. His comprehensive yet incisive approach instantly demonstrated to them the ability to penetrate through the facades or habitual postures of their personalities, both leaving them unmasked and vulnerable and yet offering real, direct insights that could help them break through to new understanding. The ideas of Gurdjieff’s cosmological system were presented in ways that bypassed conventional concepts or available teachings to unveil hidden wisdom and provide the key to ancient spiritual truths. And the methods of G.I. Gurdjieff’s Fourth Way school provided practical, experiential exercises to awaken and harmonize dormant spiritual functions and to experientially verify these truths. His Work was a school for the development of consciousness, self-consciousness, and the awakening of conscience.

The school Gurdjieff founded still remains today, an alive oral tradition available to those who encounter it and are attracted to put themselves under its influence. To give an idea to the modern seeker how vast and maximally comprehensive his teaching is … consider the newest concepts in science, health, and spirituality. The modern influx into the West of the Eastern traditions of Buddhism, Vedanta, Sufism, the Jewish renewal, and contemplative Christianity all find their place within his system, and yet there is more. The integral psychology and integral spirituality of Ken Wilber is congruent with Gurdjieff’s teaching, and yet there is more. Gurdjieff also demonstrated an interest in and openness to modern technology, relativity of time and space, and scientific understanding (although he also at times had scathing words for “scientists of new formation,” who lacked the ability to integrate their findings in a way that was consistent with a greater reality).

With the help of composer Thomas de Hartmann, Gurdjieff left a repertoire of music which is an integral part of his teaching. Gurdjieff’s Movements and sacred dances were based on a science of movement. Consider holistic health: Gurdjieff was teaching about balancing, harmonizing, and regaining the intellectual, emotional, moving, and instinctive functions in the early 20th century, and yet he also showed the relationship of these to higher functions not yet recognized by Western medicine. Indeed, convinced as he was when he originally began his own search in his youth that ancient teachings existed that were not generally known to contemporary spiritual traditions, Gurdjieff is believed to have visited monasteries and spiritual schools across Eastern Europe, the Middle East, and Asia to find and integrate this wisdom, bringing back and making it accessible not only physically but opening it in every sense, to modern Western individuals. 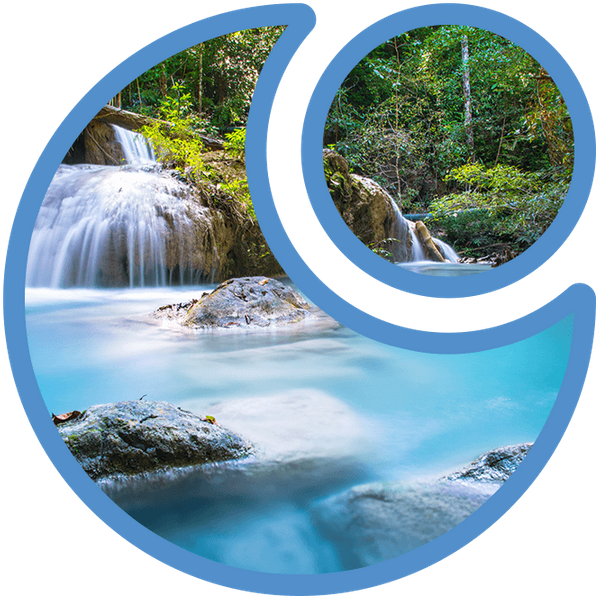 Georgii Ivanovich Gurdjieff was born in Alexandropol, Armenia, sometime around 1866-77. Few specifics are known about his early years, although he writes about his childhood and young adulthood in the second book of his All and Everything series, Meetings with Remarkable Men. In that book, he describes the rigor of the training he received from his father and the spiritual influences of the culture around him, which recognized being, an inner development which became a foundation of his teaching. As a boy and young man, Gurdjieff was tutored for the priesthood in the Orthodox faith traditional in the area of his arising. He also prepared for a vocation to medicine and studied the sciences. Yet, as rich a preparation as this was for his time, Gurdjieff sensed that there was something else and began his search for hidden wisdom, loosely and somewhat metaphorically or enigmatically chronicled in his autobiographical Meetings with Remarkable Men. 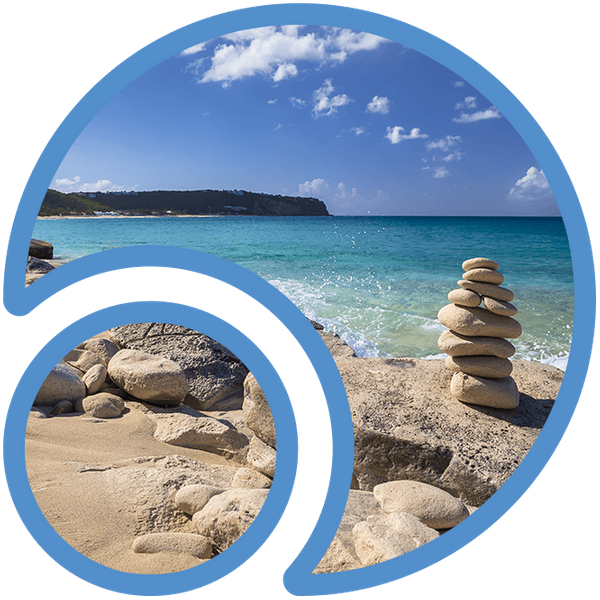 The core of the knowledge and practices for spiritual awakening and transformation that he discovered became available when Gurdjieff appeared in Moscow and St. Petersburg around 1912. These early talks and teachings have been preserved by his students, particularly P.D. Ouspensky, who joined him in 1914. Soon after that, composer Thomas de Hartmann and his wife Olga de Hartmann joined him, and well-known artist and theatrical designer Alexandre de Salzmann and his wife, Dalcroze trained dancer Jeanne de Salzmann, all of whom quickly became part of his inner circle. Shortly before the Russian Revolution, Gurdjieff realized the need to leave Russia and left with a small group of his close students, traveling by foot in a perilous journey over the mountains to the shores of the Black Sea. It was there Gurdjieff founded what became the first version of his Institute for the Harmonious Development of Man.

Teachings from this time are saved in a book drawn from the notes of his pupils, Views from the Real World. In 1922, Gurdjieff purchased a property, the Prieuré d’Avon, in Fountainbleu, France, establishing the Institute there and attracting the attention of artists, intellectuals, and other seekers from all over Europe and North America. There, in intense, austere conditions, in days with very long hours, with much physical labor and yet also an emotional intensity, a dedicated group of students studied Gurdjieff’s Ideas, worked against their own mechanical tendencies, and struggled to harmonize the various aspects of their being, Gurdjieff always pushing the limits and insisting that only super-efforts yielded results.

It was at the Prieuré that Gurdjieff collaborated with Thomas de Hartmann to compose music for the Movements and also music that could aid in the transmission and realization of that which could not be passed through words. Unusual conditions at the Prieuré aided in the transformation of many individuals who went on to demonstrate the Movements in the United States and various parts of Europe, as well as to later form groups and pass on the teachings and being they received from their work with Mr. Gurdjieff. Foremost and closest of his students was Jeanne de Salzmann, to whom he entrusted his Work when he died, and who became the principal teacher and safeguard of the Movements and sacred dances he brought.

In 1924, Gurdjieff made his first visit to the United States along with many of his pupils and continued to draw interested students and form groups, particularly in New York. 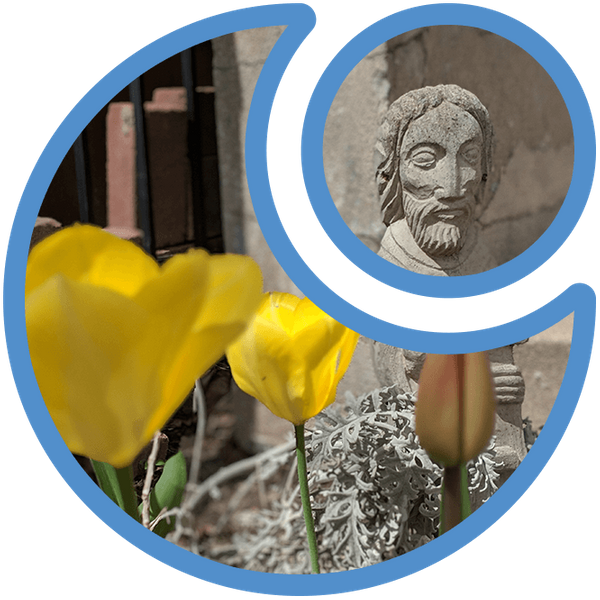 After returning to France in 1924, Gurdjieff suffered a near-fatal automobile accident. At that time, he was still living and teaching at the Prieuré. During his long convalescence, he took on the work of writing a major opus, which he named All and Everything, in which he made the effort to transmit as much as possible of his system through writings that bypassed ordinary thinking, speaking to a deeper understanding within the reader. His first volume, Beelzebub’s Tales to His Grandson, he said was “to destroy mercilessly, without any compromises whatsoever, in the mentation and feelings of the reader, the beliefs and views, by centuries rooted in him, about everything existing in the world.” The book seems at once a mixture of science fiction, allegory, and esoteric text.

In it, under the guise of the senior devil Beelzebub, once banished to a far corner of the solar system and now returning with his grandson, Hassein, through Beelzebub’s tales to his grandson, Gurdjieff touches on the major ideas, laws and cosmology of his teaching; an objective commentary quite often satirical of bon ton and cosmopolitan ways of the Western world; orients the reader to a whole new understanding of the rightful nature and place of human life; and much, much more. Gurdjieff himself commented of Beelzebub’s Tales, “Everything is in there, including how to fry an egg.” The book was refined over years of readings out loud to students, as Gurdjieff carefully watched their responses to calculate its targeted effects.

Gurdjieff’s second series of writings, published after Gurdjieff’s death, was a purportedly autobiographical work, Meetings with Remarkable Men. According to Gurdjieff, its intention was “to acquaint the reader with the material created for a new creation and to prove the soundness and good quality of it.” A narrative of Gurdjieff’s search for truth it contains anecdotes and tells of interactions with other seekers and individuals who formed Gurdjieff’s own spirituality and helped him in his search, which eventually led him to a monastery and teaching he called the Sarmoung Brotherhood. Much of Gurdjieff’s more advanced teaching which is less accessible to ordinary seekers is hidden within these stories and images, as it is also to a great extent in Beelzebub’s Tales to His Grandson.

A third unfinished work has been published under the title, Life is Real, Only Then, When I Am, which Gurdjieff says is “to assist in the arising, in the mentation and in the feelings of the reader, of a veritable, non-fantastic representation not of that illusory world which he now perceives, but of the world existing in reality.”

During the period of these writings, Gurdjieff sent away many of his students and closed down the Institute. 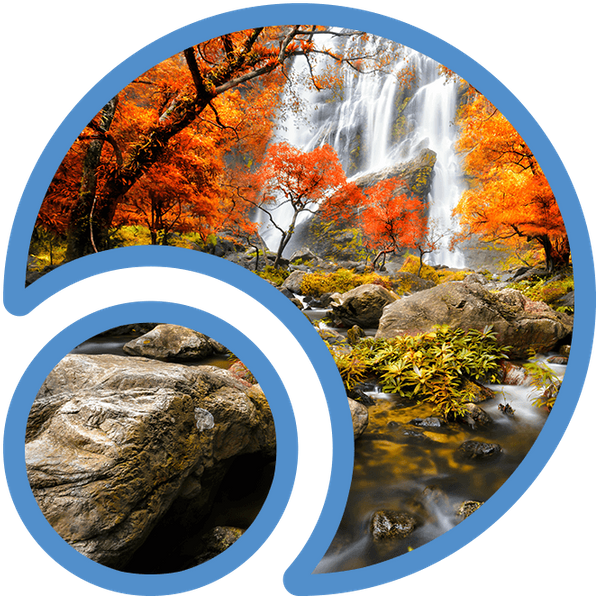 In 1935, with close pupils and especially with the help of Jeanne de Salzmann, Gurdjieff resumed his teaching and group work in France. Even during the Nazi occupation of France, he continued his teaching, his students often having to make their way most carefully home after meetings. It was also around this time that he worked closely with a group of American women, mostly lesbians, whom he affectionately designated “the Rope,” which included Kathryn Hulme, author of The Nun’s Story, and Jane Heap, who went on to lead groups afterwards for many years and who, with Margaret Anderson, published a journal which first introduced the poetry of TS Eliot and Ezra Pound to U.S. readers.

After the end of the war, Gurdjieff again returned to the United States. Meeting with students at cafes in New York City or sharing elaborate dinners with larger groups squeezed into his tiny apartment at the Wellington Hotel and talking into the early morning hours, he formed students through uniquely confrontational techniques and passed on his teaching in a very direct way. There was work with Movements, spiritual tasks and exercises, and continued work with the Ideas, as well as this ongoing direct personal work so key to transformation. In his last visit to the States, Gurdjieff is said to have laid out the plan of the formation of his Foundations, leaving Madame de Salzmann in charge of what was to become the world-wide Institute, and Lord Pentland to oversee his work here in the Americas.

Gurdjieff died in October, 1949 in Paris. Under the leadership of the New York and California Foundations, groups in the United States continue to transmit the same ideas, the study of the Movements, the Gurdjieff-de Hartmann music, exercises for awakening and transformation, to support a way for seekers to practice a deeply spiritual, transformative work in life.